Prof. Araki was awarded the title of Honorary Member of IEICE

Our respected Prof. Araki was awarded the title of Honorary Member of IEICE for his remarkable contributions to the development of the electronics, information and communication field and to the invigoration of Japanese industrial and economic development through his activities in engineering societies. 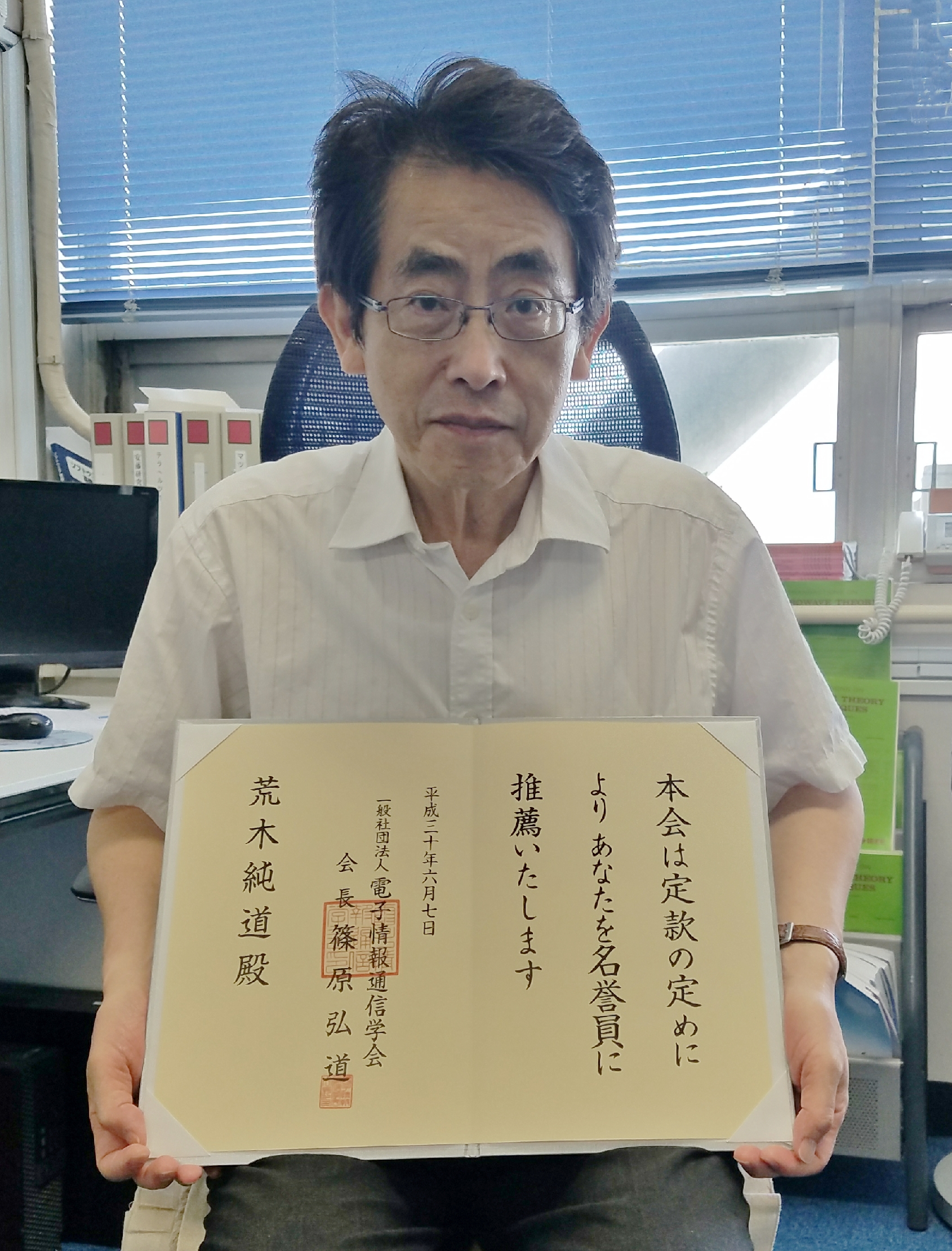 The following is a brief introduction of Prof. Araki and his contributions. 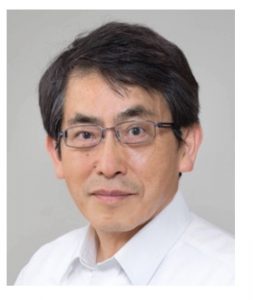 Dr. Araki graduated from the Department of Electrical Engineering, Faculty of Engineering, Saitama University in March 1971, completed his doctoral course in electronic physics engineering at Tokyo Institute of Technology in March 1978, and thereupon became an assistant in the Graduate School of Science and Engineering of the same university. He became an associate professor with the Department of Electronics Engineering, Faculty of Engineering, Saitama University in April 1985, and a professor in the Department of Information Engineering, School of Engineering, Tokyo Institute of Technology in April 1995. When the university shifted its emphasis to its graduate school, he became a professor in the Graduate School of Engineering. Although he retired from the university in March 2014, he still devotes himself to development of the electronics, information and communication field as a professor emeritus of the same university.
He has played a central role in the development of science by leading trailblazing research related to wireless communication systems, including electromagnetic wave engineering, antenna and microwave circuits, error correcting codes, cryptographic theory, MIMO transmission theory and radio propagation modeling. His major achievements are summarized below.
(1) Contributions to electromagnetic circuit design: As part of his doctoral research, Dr. Araki developed a wideband isolator covering more than one octave, using a simple structure of shunting one end of a strip line on a ferrite substrate. He was the first to propose a figure of merit for circulators and directional couplers based on the concept of circuit invariant. Later, as a postdoctoral research fellow at Texas State University, he studied circular patch antennas and their multi-layer structure, and he derived a mathematically simple solution to their complex resonance frequency and far field directivity by adapting the Hankel transform.
(2) Contributions to the foundation for error correcting codes and cryptographic theory: While Dr. Araki was an associate professor at Saitama University, he used the recursive structure of Euclidean algorithm to develop a high-speed decoding algorithm for block codes that contain errors and erasures. Using a mathematical tool called “Fermat-Quotient,” he and mathematician Takakazu Sato jointly developed the world’s first algorithm that can decipher, in polynomial time, a cryptograph that is based on a discrete logarithmic problem on an elliptic curve, which was regarded as the strongest type of cryptograph at that time. This would later be called the “SSSA Algorithm,” an acronym of three groups (in Japan, Russia and UK) that developed this algorithm more or less simultaneously. In addition, he proposed a new digital signature method on non-commutative quaternion algebra.
(3) Contributions to new wireless communications systems: While serving as a professor at the Tokyo Institute of Technology, Dr. Araki worked on software-defined radio, UWB wireless systems, and MIMO transmission with a view to pursuing new possibilities in wireless communication. In particular, he focused on a discrete-time system for a reconfigurable RF circuit and studied MIMO transmission technology, which can be described as a reconfiguration and orthogonalization technology for integrated circuit design and space resources. Both theoretically and empirically, this research was trailblazing.
(4) Contributions to education and society: Dr. Araki has educated excellent people through his lectures and research at the universities. Thus, he has played a central role in the national information administration policy and in the stabilization of telecommunication business by participating in many councils and study committees sponsored by the government or industry related to information communication. For example, he served as a vice chair of the R&D Committee for Radio Resource Expansion, Ministry of Internal Affairs and Communications. Within the IEICE, he has served in a number of important positions, including chair of Technical Committee on Microwave, chair of the APMC Domestic Committee, director of the Tokyo Section, president of the Electronics Society, and director of finance. His leadership in these activities contributed to the promotion of scientific activity.