Recently due to the increasing of data traffic, millimeter wave (mm-Wave) band has been considered because of its license-free and wide bandwidth for the fifth generation (5G) mobile network. However large path loss is a critical problem when using mm-Wave. To compensate for the large pathloss, massive MIMO antenna as the base station antenna is a useful technology for the next generation cellar network. Massive MIMO antenna is equipped with large number of elements and so it is possible to form accurate beams and high antenna directivity. As a result, the burden at user terminal side can be reduced.

To reduce calculation cost of signal processing at baseband, analog beamforming at RF should consider the interferences between users. So we propose the method of analog weight decision that direct null beam to other users. Owing to the proposed analog beamforming scheme, it is possible to remove the user interferences and reduce the burden of signal processing at baseband. 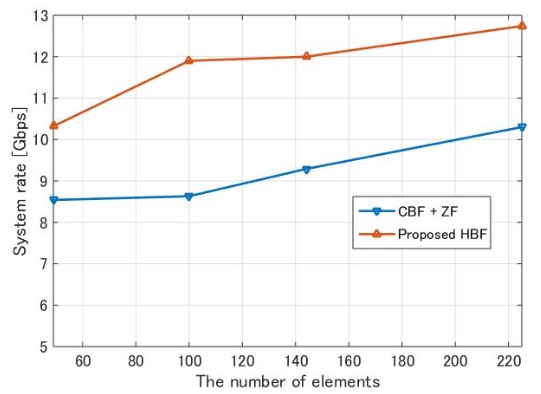 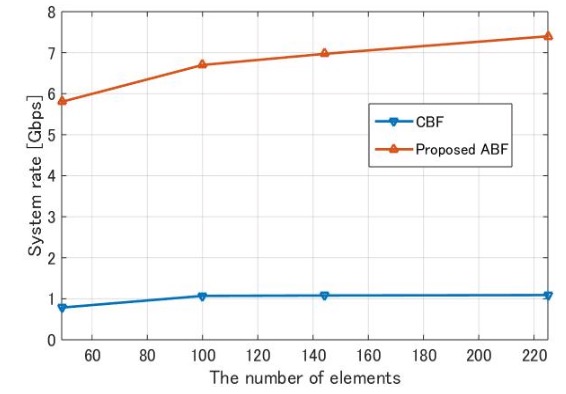