In order to realize the mmWave edge cloud system, it is crucial to control wireless mmWave backhaul between “Small Cell BS” and “mmWave AP” shown in Fig. 1 in the previous page. As practical user distribution is time-variant and spatially non-uniform, wireless mmWave backhaul should be controlled adaptively in accordance with such user distribution. mmWave meshed backhaul networks shown in Fig. 1 enable adaptive control of relay routes. 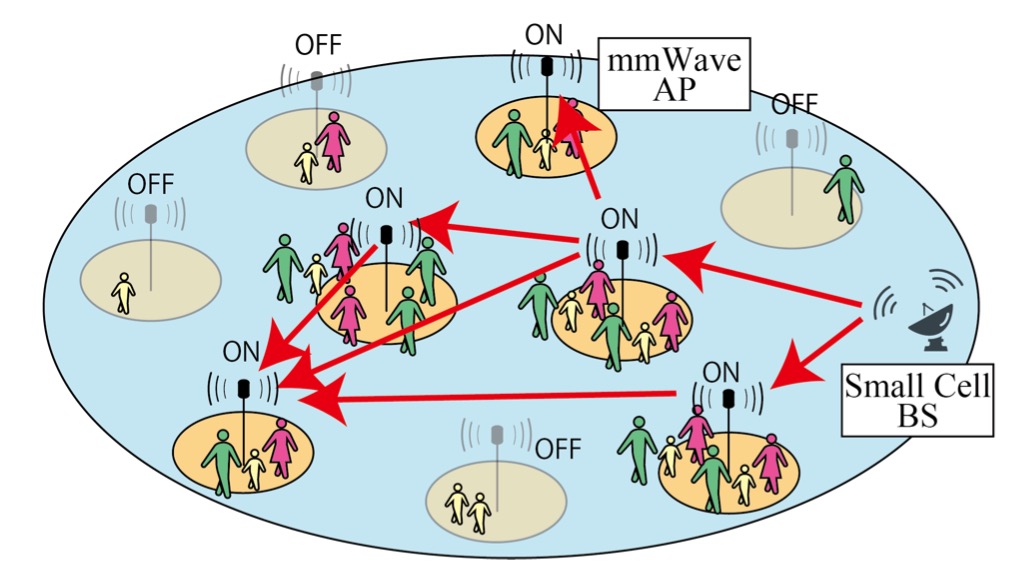 Our algorithm is featured by two functionalities considering the property of user distribution. One is backhauling route multiplexing, i.e. concentration of radio backhaul resources for overloaded APs. The other is adaptive switching of mmWave APs’ ON/OFF status for underloaded APs. In order to realize these functionalities, we have to derive the best combination of backhaul links and mmWave APs’ ON/OFF status. However, there are too many combinations, thus our algorithm finds a heuristic solution through the steps shown in Fig 2. 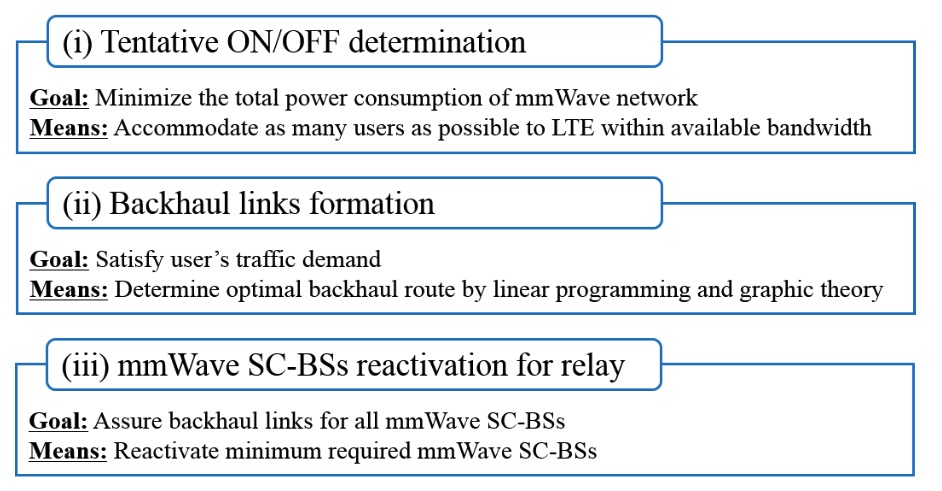 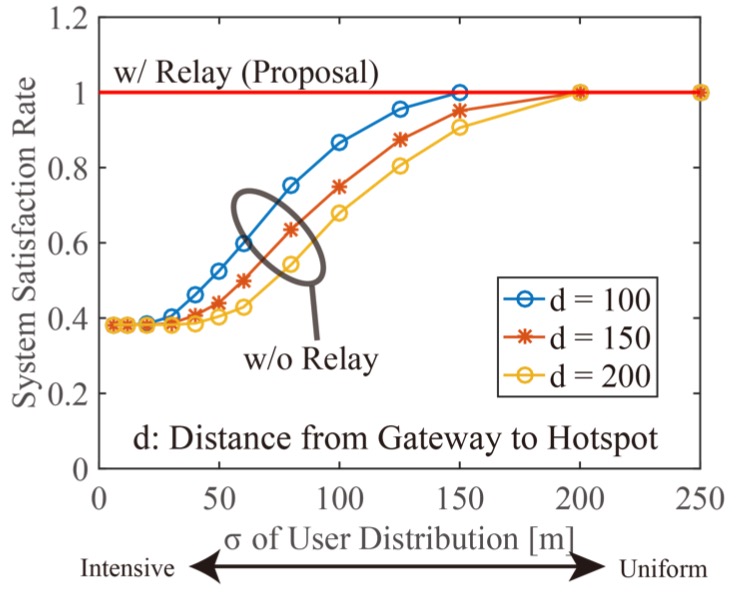 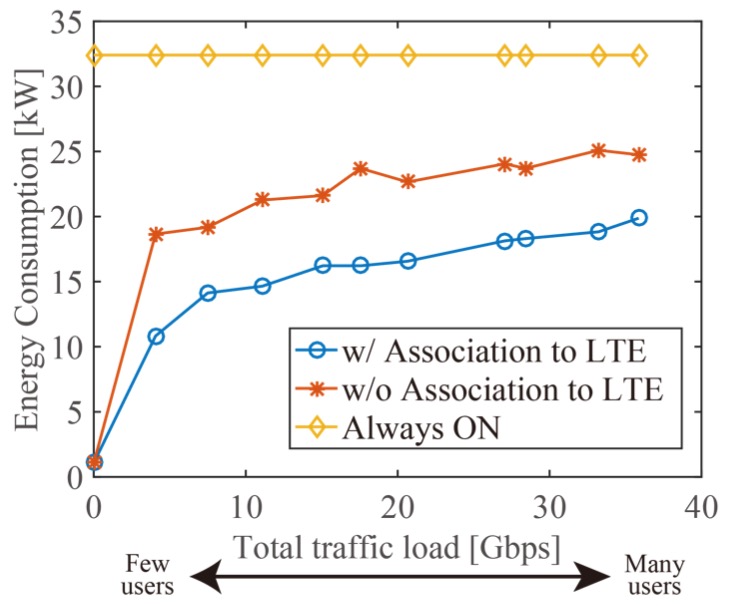